I never thought I would ever tell this story, but now I am in better space. No, I have moved on, exactly where I want to be, happy and emotionally fulfilled. So yeah I can tell this story because today, it is hilarious and we can laugh at my pain together.

Imagine crushing on someone for years, every time you see this person your heart is doing somersaults. But this person does not care for your existence, matter of fact this person actually hates you. Let’s call him Tray, short for Trash. So I had the hots for Tray ever since high school.It was so insane I had a journal which I recorded all my wild fantasies with him. I did an amount of crazy things to get his attention. I would ask him for a pen, notes, did my best to be in the same study group, even wrote an anonymous love letter but instead he asked my best friend to be his prom date. Which really sucked since my affections for this boy were a secret. After high school I went to college and he left the country to study abroad.
That did not stop my obsession, I stalked him on Facebook throughout freshman and sophomore. I finally got over this stupid crush and burnt that ridiculous journal. Good for me, that obsession was borderline psychotic. Years after college, out with a couple of friends guess who taps my shoulder? There he was, all grown up looking like the mixture of Eldris Alba and Trey Songz. I realized that I was in the grip of an obsession that I was too powerless to resist. I really had not gotten over him as I would have loved to believe, he was just buried deep in my sub conscience. There he was his attention deliberately directed at me. He was a little too happy to see me and I was shocked he knew my name. I didn’t care, he was talking to me. On purpose. That was more than enough for me. So we hung out a bit, bought my whole squad drinks and we exchanged numbers. I was ecstatic, to me this was destiny finally taking shape. I did not obsess over that boy for nothing, there was some big divine plan, consequentially we were meant to be. Like I said, borderline psychotic.
So we texted each other every available minute, late night texts till past midnight. I was on cloud nine, I even envisioned our wedding and our little family with two sons. The picket fence home and all that. I had the blue print laid out. Inevitably we started dating, he always had something interesting for us, painting lessons, as corny as it is we did picnics, photo shoots, candle lit dinners at random places. Everything was perfect. 6 months into this glorious relationship, while stalking his Facebook I saw a rather disturbing post. Some girl posted a pic of her and a baby on his wall, with the caption “We love you daddy”  with an extra annoying amount of that kissy face emoji. So I checked out her profile and there were several pictures of him looking like the nicklelodeon family man. At that moment my heart was dripping acid. I sent a text asking him about it, and he was like I am coming over right now. 10 minutes he was by my gate (we lived in the same neighborhood). So there he was explaining in all kinds of sincerity that, it was his “baby mama” he was meaning to tell me and he was trying his best to be a good dad. I bought it one time. I am telling you if I walked on this man on top of another woman I would have bought what ever excuse that came from his mouth.
We got that out of the way. One of my girlfriends invited me for drinks at her friends house. So we get there, and her friend is a mess, her house is a mess, she is bawling her eyes out. We calmed her down so she could explain whatever was going on. Apparently she fell out with her fiancee when she discovered that he was married with two kids. The confrontation got messy, he beat her up and trashed her house including a 42inch Led screen. What a total asshole, I didn’t even know this guy but I was fuming. We did our best to comfort her and advised her to report the lunatic to the police and offered to go with her. She cleaned up, we told her not to wash her face, that was evidence, a nasty gush on her lower lip bruises and a blue eye.  She threw the engagement ring from the balcony, six storey balcony. 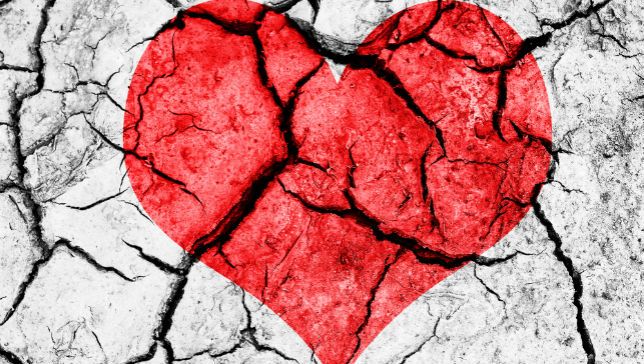 We go downstairs to her car, my heart is doing lunges right now because her car is exactly the same as Tray’s car. We get in the car, the same angel figurine hanging on the review mirror. I could feel my heart threatening to rip out of my chest. This girl goes on to explain this lunatic took her car for months, she had to send her brothers to get it back, that’s when she discovered visa applications to England in the car and a copy of a marriage certificate which was 6 months old. This guy had a wedding six months prior, while doing Lobola negotitians with this girl’s family, knowing that he was trying to skip the country with his official family. At that moment my head was spinning, I could feel a panic attack coming. I managed to ask if she had the marriage certificate, she was like yeah and threw it on my lap. Tray’s name written in full on that paper smothered my soul. I burst out in tears, this was all too much for me. This girl was touched by my emotional sentiments for her predicament. She stoppped the car, and we all cried, cried over wasted time, broken hearts as for me I cried because I was going to jail because of this guy. I was going to kill him.
Man I wasn’t even given the decency of being a side chick here, I was like the side chick to the other woman. Like an assistant of an assistant of an assistant. I didn’t tell those girls that I was seeing this guy. We filed the charges and I went home. Cried all night. Following morning he was blowing my phone up, asking why I was ignoring his texts,calls and what not. Then I finally picked his call, talking about wanting to come to my house but his car had broken down. Right 😂😂😂😂😂😂. So as calmly as I could I told him I was with the girl he hit, even accompanied her to file charges against him and I hung up on him. Blocked his calls, blocked him on all apps. Blocked him from my life. Turned out my crush was a no shit man, serial-manipulative-lying-cheating-abusive bastard. One word. TRASH.
Romanticism of even the the most diabolical person can paint them in the most beautiful light. I was duped on my part gullible. Red flags were there but I wasn’t willing to ruin my perfect relationship by looking too much into things. You can be a danger to yourself sometimes. I guess this was one of life lessons. Guard your heart with diligence. Now I can look back and be like ain’t that funny?
More Memoirs of the other Woman to come. Stay tuned 😉

22 thoughts on “The Memoirs of the Other Woman”

Makaitah is an award winning blogger and the founder the Zimbabwean Bloggers Association ‘Bloggers Zim.’ She is a writer, ghost writer, copywriter and Editor. A soon to be published author.